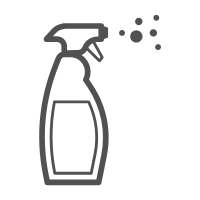 It does not matter what season it is, germs abound in an office environment if they are left unchecked. A cleaning service is a perfect way to keep the germs at bay, but what environmentally-friendly options are there to reduce the impact of office cleaning on the planet? When this is a question that weighs heavily on your mind, then you've come to the right spot to find some answers. From changing cleaning products to ways you can recycle the trash from the office, you can use the information found here to discuss changes with your cleaning service so that your office remains sparkling clean with an environmentally-friendly conscience.

Things to Know About Mould Toxicity and Remediation

You may have heard the term toxic mould but never known much about it. However, if you have a dampness problem in your home, you may have a mould problem. Toxic mould is a misleading term, but mould can cause health problems in some people. Plus, it is ugly and can damage your home, so it needs removal right away. Keep reading to learn more about toxic mould and how a professional mould removal company can help.

Is Toxic Mould a Real Thing?

You may have heard stories about toxic mould or black mould and its health problems. Usually, the type of mould these stories refer to those in the Stachybotrys family. Many of these moulds are black in colour. These moulds produce mycotoxins that can cause a reaction in some people.

However, black mould, in itself, is not necessarily toxic. Mould exists everywhere and doesn't always cause health problems. It is the excessive amount of mycotoxins that are the problem. Excessive and prolonged exposure can trigger many health issues.

Can Mould Affect Your Health?

The main health problem black mould mycotoxins cause is an allergic reaction. Allergic reactions could include not only a runny nose and asthma but also sore throats and watery eyes. In addition, mycotoxins can trigger migraines and even body aches. However, if you're not sensitive to mould, you may experience few, if any, health issues.

What Problems Can Mould Cause to the Home?

Mould can do damage to your home as well. For one, it looks really bad. It can also break down organic materials. Mould has been known to eat away at drywall and even cause ceilings to come down. Mould spores can also damage your clothing. Mould in your air ducts can easily spread around the home and damage other areas.

What Can Mould Remediation Do?

The mould remediation process involves removing mould-damaged materials and scrubbing the air clean. In some areas, the mould remediation company sprays a mould killer. In other areas, they will remove the drywall. This process may take more than one day. You may wish to stay out of the home during the procedure. In addition to mould remediation, you will have to find and repair the source of the water damage.

Mould is not something you should have in your home. If you have large amounts of it, you could have a health reaction if you are sensitive. If you have a lot of mould-damaged areas in your home, then hire a professional for removal. A mould remediation company can remove mould and help prevent its return. Contact such a company for an assessment to see if they can help your situation.